The following three sections (Background, 1957-58 and Aftermath) comprise a Timeline of key dates and events whereby the National League permitted expansion to the West Coast. First, the Giants stated their intentions to move to San Francisco on August 19, 1957, while on October 8, 1957, the Dodgers announced they were headed to Los Angeles for the 1958 season. Previously, Major League Baseball had no teams playing west of Kansas City in 1957, but by 1998, 10 teams, or one-third of all major league clubs, were based in that territory. The decision also significantly impacted the migration and development of other professional sports leagues to the West. 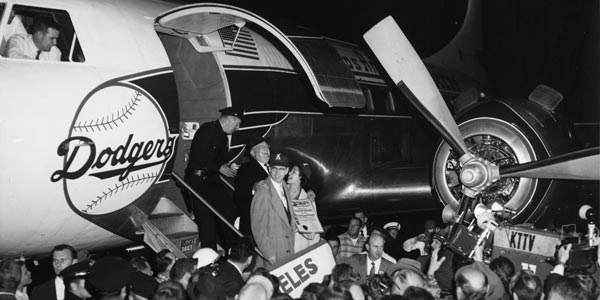