Walter O’Malley sends a response letter to Chaplain Frank Peer Beal, President, Community Councils, City of New York, regarding support for a youth roller skating program. “I have sent you my personal check to buy skates. This program is one of the most reasonable I know of in providing equipment to youngsters interested in participant sports. The number of hours they will be pleasantly occupied in wholesome recreation totals a staggering sum. We are hoping to build a new stadium in Brooklyn and if we do I want to incorporate in the stadium facilities for roller skating such as we now have in the stadium which we own and operate in Montreal, Canada.”

In a statement printed in the Special Dodger Section of the Vero Beach Press Journal, Walter O’Malley said, “Once again, the Brooklyn Dodgers are due at Dodgertown, Vero Beach. This time they are here as defending World Champions. Our long-sought goal has been reached. But now, we have an even greater problem — to stay up on top of the baseball ladder. We are sure of one thing. We have the finest spring training base in the land — the most complete facilities imaginable, a great little ball park in Holman Stadium and the most cooperative neighbors in Florida. Last year the Dodgers won the World Championship right here in Vero Beach. It was the wonderful training we enjoyed here, the super condition of our players which established Brooklyn immediately (the 1955 Dodgers started the season 10-0).”

Walter O’Malley accepts a position on the California Committee for National Library Week (April 21-27, 1968) on the invitation of Robert Finch, Lieutenant Governor of California and Chairman of the program. 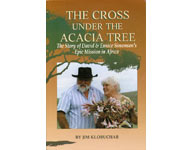 Reverend J. David Simonson asks if Walter O’Malley will give his consent to be listed as an “Advisor to the Board” of Operation Bootstrap—Tanzania, an assistance program with emphasis on “self-help” at the “grass roots” level. O’Malley agrees to help the program. The Lutheran missionary once led O’Malley on a 1957 hunting expedition in Tanganyika, Africa. The two became good friends and kept in contact through the years.

Following a major 6.6 earthquake in the San Fernando area of Los Angeles on February 9 causing more than $500 million in damage, Walter O’Malley writes to Dodger Stadium designer and engineer Capt. Emil H. Praeger at Praeger, Kavanagh and Waterbury in New York, “You were thoughtful to phone us and now I have your letter. Telephone calls were blocked out for approximately three days. The mails were understandably also slow. The stadium itself shook off the quake in great style and the only damage was to interior plaster around door jambs and in corners. This, of course, we could expect.”

Coming off their 1974 World Series appearance against Oakland, the Dodgers open their doors for a free public workout and game with the University of Southern California Trojans. On a gray and cloudy day, Dodger Stadium is filled to capacity. Christine Wren, the second professional woman umpire, works home plate for the game. It was the largest crowd ever for a Dodger workout. In his personal appointment book, Walter O’Malley writes, “Workout, Game - USC.”