In Walter O’Malley’s first year as club President, the Brooklyn Dodgers play in the annual Hall of Fame exhibition game in Cooperstown, New York and defeat the Philadelphia Athletics, 9-4.

Hubert H. Humphrey, Senator of Minnesota, writes a thank you letter to Walter O’Malley, who had sent Dodger baseball caps and autographed baseballs. “Two of my boys will be jumping with joy when they receive them,” says Humphrey. “I will show the boys the folder on the Dodger camp for boys (at Dodgertown in Vero Beach, Florida).”

Jackie Robinson, who broke baseball’s color barrier as the first African-American to play in Major League Baseball, is inducted into the National Baseball Hall of Fame. Robinson made his debut for the Dodgers at Ebbets Field on April 15, 1947 and completed his stellar career with the 1956 season.

Robert F. Kennedy, 64th Attorney General of the United States, sends a typewritten letter to Walter O’Malley: “I want to thank you for your kind invitation to dinner and to games, as well as for your courtesies to my staff during our recent trip to Los Angeles. I am sorry I could not make it, but the staff enjoyed the games very much.” He also writes by hand: “I tried to call you while I was in Los Angeles but missed you — my thanks to you. Bob Kennedy.” Kennedy held the position of Attorney General until September 3, 1964. Tragically, while campaigning as a Democratic candidate for the office of President of the United States, he was assassinated in Los Angeles on June 6, 1968. On January 18, 1969, District of Columbia Stadium, which opened in 1961, was officially renamed Robert F. Kennedy Memorial Stadium by the D.C. Armory Board. In 2005, the Washington Nationals play their home games at RFK Stadium.

The Los Angeles County Tax Assessor suddenly increases the value of Dodger Stadium to $32.3 million, meaning the Dodger Stadium property tax bill would jump from $345,000 per annum to nearly $750,000. Walter O’Malley contends the assessed value should be $19.5 million. Chad McClellan, the Los Angeles City and County negotiator in the contract with the Dodgers, comes out in complete support of O’Malley’s position that the assessment should have remained the same. After making his appeal to the assessor and L.A. County Board of Supervisors, O’Malley lost the argument and had to pay the new tax amount.

Archbishop Denis Hurley of Durban, South Africa writes a thank you letter to Mrs. Walter O’Malley thanking her for a donation made to the Archdiocese of Durban for Zulu children. Archbishop Hurley was known as a courageous champion of human rights for black South Africans and an outspoken critic of apartheid. 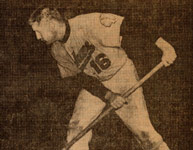 A newspaper account about Spokane Indians’ pitcher Pete Richert “performing” for fans during a lengthy rain delay surfaces on Walter O’Malley’s desk. Spokane, Washington was the Triple-A affiliate of the Dodgers. Richert went out to the field on the tarpaulin and used a broom and a mop trying to dry the puddles. He brought a bat in his hands to the area of home plate and began “shadow-swinging” and arguing with an imaginary umpire, much to the delight of the crowd. O’Malley writes a letter to Richert stating, “The fans must have enjoyed the real act as much as I enjoyed the account of it. I was reminded of our trip to Japan (in 1956) where an awkward incident might have turned the Japanese fans against the ball club and Americans when Gil Hodges, sensing the situation, went into his pantomime act and he completely won the affections of the fans, for himself, the team and the Americans and the awkward incident was quickly forgotten.”

Old-timers Game festivities are celebrated on the field at Dodger Stadium prior to the Dodgers and St. Louis Cardinals game. In Walter O’Malley’s Chairman’s Box, guests include Hall of Famers Sandy Koufax and Roy Campanella, as well as former Dodger Manager Walter Alston and Los Angeles Mayor Tom Bradley.